Join the Harry Edwards Quartet for this intimate seated concert as they launch their new vinyl LP of original Tasmanian jazz compositions, Only The World Remains.

The concert will feature two sets of the band’s original music, including all the tracks from the new album, and selected additional compositions.

Only The World Remains draws on Harry’s love of gypsy jazz instrumentation, and the music of Django Reinhardt and Stephane Grappelli. The new compositions combine this influence with inspiration from film scores, modern jazz, and classical music. 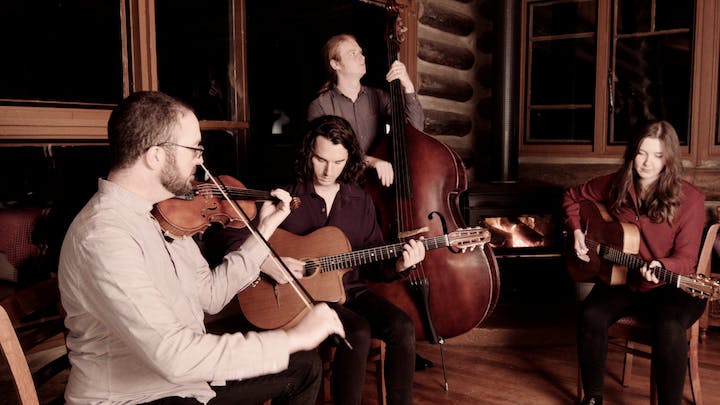 Below you will find some video teasers for the upcoming album release, including:

We hope you can join us for this intimate concert as we debut this new album.

– This is a seated show with limited capacity, so booking your seat in advance is highly recommended.

– The vinyl record is available for pre-order via harryedwardsmusic.com (96/ 200 copies left). Pre-orders can be collected at this event.

– Full bar available at the concert.